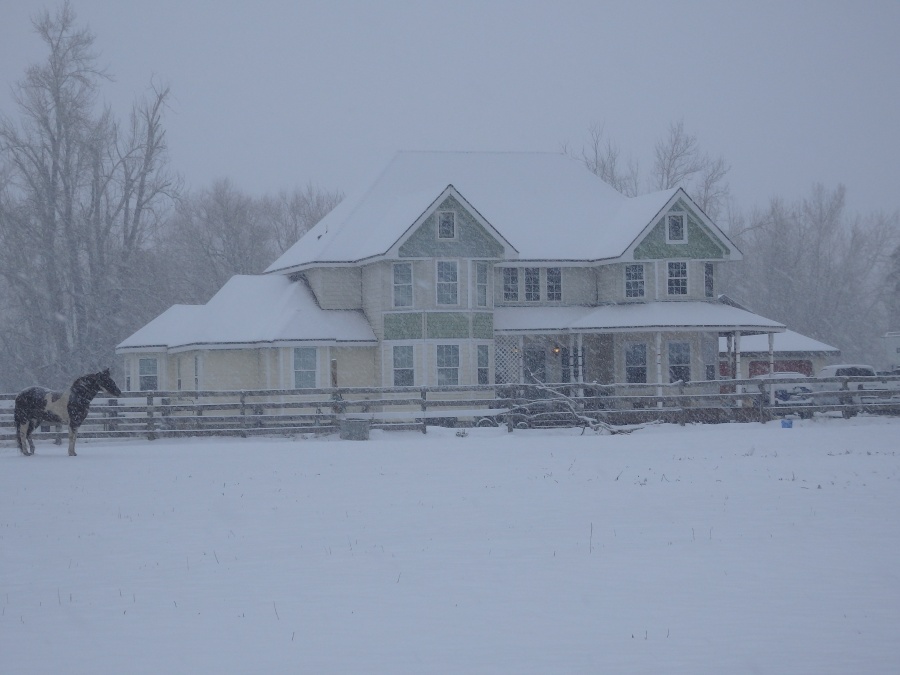 Thought I would spend a little time on my blog as I haven’t really wrote any posts in a long time.  Maybe a couple of years. So I have a lot of ground to cover, but won’t do it all at one time.

We moved into our dream home in March of 2015, so we have been in a little over 2 1/2 years. It wasn’t completely done, but as much as we could afford.  Many of the finishing touches were going to be done as we actually lived in the house.

It’s comfortable and big.  I really always wanted a big house so I could have family and friends over.

How are those finishing touches going, well not as fast as I expected. As usual I was side-tracked.  We had to fix up the little house that we lived in to sell. So that eat up the second half of 2016. The nightmare came in Nov & Dec of 2016 when all the pipes in the house froze. With the help of a very nice old-school plumber from White’s Plumbing out of Dayton WA, se managed to get it done. More about that later.

What I have been doing for the last 3 weeks is removing a 160 foot section of field fencing which was buried in 2 foot of flood from 1996. Yep, that was a long time ago. Well our sweet geriatric horse (20+ years) decided she wanted to jump the fence she has been squashing down over the years, cause you know the grass on the other side is sweeter.

So that was a project I had been researching and hoping I could fit in my budget to have done. Hmm, that didn’t work out quite like I planned. Instead, Lynn and I have been trying to get it done. I will post some of the photos that I took today. It’s a much tougher job than I anticipated, but you’d think I would get it by now, everything is tougher than I think. With the high temperatures we have been delayed. So we have been getting it done in 2 hour increments, which isn’t much time, but considering our age and Lynn’s health, that is about all we are capable of. Now for some pictures.

Having issues trying to post the pictures. A little rusty at this blogging thing at the moment.

This is just one side of the pasture, 160 feet. There are 3 more sides to this pasture and it is the smallest pasture, but the one we rotate April (the horse) in-and-out of through the summer.  Unfortunately, she decided to get frisky and challenge the fence. So I guess I will blame it on April. That is also why it hasn’t been watered because we had to keep her in the front pasture. Oh, and there’s a whole other story on that pasture. Stay tuned for that.

I’m really going to be looking forward to winter. And anyone that knows me knows that I hate winter. Stay tuned for more updates more frequently in the next couple of months. Still working on stairs; and painting; and we are getting a propane heating stove being installed in a few weeks.

Thanks for visiting my blog.

One thought on “Update – Still Working Away”

This site uses Akismet to reduce spam. Learn how your comment data is processed.